Questions never forget How many buildings collapsed in New York on 9/11 How did the twin towers collapse how many people died on 9/11 World Trade Center collapse engineering analysis How many buildings collapsed in NYC on 9/11 ? - Story about the day of September 11, 2001
A few weeks in late August and early September 2001, my (now ex) girlfriend had been having fainting spells on the subway, so on September 10, she went to a doctor who told her to drink more water and be sure to have breakfast before she went to work. On the 11th, we woke up early so we could have breakfast together. Of course, since any shift in schedule is unpredictable, I left 5-10 minutes later than I normally would have. 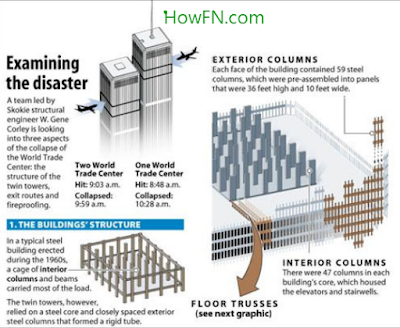 As the N train approached the Cortlandt St. stop (which was inside the WTC) the conductor announced that we would be bypassing that stop due to a "smoky condition". Several people groaned, but I distinctly remember making eye contact with the woman in the seat directly across from mine, and our glance said, "Oh, well. What are you going to do? It could be worse."

I got off at Rector St. and looked up the tracks; there definitely was smoke filling up the tunnel. When I got up to street level, there were papers, some singed or charred, falling all over. People were confused. Sirens blared. I thought that it would be best to stay out of everyone's way and get to work.


Downtown NYC is built like a maze with high walls, so I had to walk a few blocks just to get my bearings. I had only been in the city for about a year, so my uptown/downtown sense was largely based on finding the WTC or the Empire State Building--if you know what street you're on, and you find either one of those, you know which way is which. So I found the right clearing of buildings and saw my office in flames.

By then, the second plane had hit, so both buildings were blazing, but I had no idea what was going on. I figured that it was just a fire--nothing so odd; sometimes there are fires in buildings, right? I thought to myself, I wonder how long it will be before we can go back to the office? Looking again, I guessed that it was pretty close to the 77th floor, but still I wasn't all that concerned. I was a bit confused as to why both buildings were burning, but I knew I'd find out soon enough.


I decided to walk to my gf's office in SoHo. I knew that news of a fire at the WTC would move quickly, but I hoped that I could get there before she heard about it. I would have called, but lines at every payphone were 10 or more people deep, and it was before everyone in the world had a cell phone. So I walked. The long way, around City Hall. I didn't want to be in any first responder's way.

The worst part, and I'm hesitant to write this, because I hate even admitting that I had to witness this, is that before I started to walk to her office, I stood watching the fire. Then someone jumped. I didn't believe what I saw, and I was still watching when two more people jumped. That's when I put my head down and left.

On the way, I walked with dedication, with purpose. I had to show my gf that I was all right. But I was sickened by the thought that people, possibly my friends and coworkers, had to make such an awful decision. I walked faster.

People on the streets were taking photos and video. I wanted to tell them to stop, that photos wouldn't do anyone any good, but I couldn't, because I knew that I'd probably think the same way if I didn't have such a close relationship with that building.

I reached her office around 10 am. I still didn't know what had happened, and I didn't fully understand the urgency with which her coworkers hurried me to her desk. When I got near her desk, where most of the people know who I was and where I worked, they broke into applause. I held her for several minutes before I learned anything about any planes.

At that point, my only priority was to call my parents. Of course, that wasn't easy because Arizona had just changed all of its area codes, and her office's phone system would not accept outgoing calls to unknown area codes. So we called everyone we knew and asked them to call my parents for me. I now have several people across the country, some of whom I've never met, that I will always cherish for making one phone call.

There were rumors about other planes and other landmarks. I heard that the Pentagon had been hit by a plane. I heard the Supreme Court building was in ruins. There was talk of gas leaks and explosions, even a troops on the ground type invasion.

I heard that Tower 2, my building, had collapsed. I didn't know what to believe. Facts wouldn't be sorted out until much later. Two other friends of ours, who also lived in our Queens neighborhood, met up with us at my gf's office, and we sat there, not knowing what to do at all. By 1 pm, we decided to go to lunch. Amazingly, restaurants in SoHo were still open. I had a burger.

The trains were not yet running so we started walking uptown. The streets were frighteningly still. No cars, very few pedestrians. We walked up to 34th St when we heard that some trains were running again. We caught an F to Queens, and I talked to my parents around 4 pm. I had still heard nothing of any my coworkers. By 8, a bunch of people congregated at a friend's apartment. No one wanted to be alone. When I finally got in touch with a coworker, all but 4 from my company had been accounted for. Soon after, no one could stand watching the same footage over and over, so we put in children's movies. I fell asleep on a futon with 4 other people watching The Great Muppet Caper. The next morning, I got a parking ticket. I'm still mad about that.

My company, amazingly, lost only 4 people that day. We had the entire 77th floor and part of the 78th floor. The last people out said that they saw part of the wing in the 78th floor conference room as they left.

My immediate coworkers were already down in the 40s, taking the stairs down when the plane hit our building. They saw what happened to the north tower, and despite instructions from the building management, they decided to get out.

I had it easy. I always knew that I was fine. My gf, my parents, and tons of people all over the country knew that I worked in the WTC, and they had to spend the day worrying about me. I received hundreds of emails and phone calls over the next couple of weeks from people just saying they were happy to hear that they I was okay and that they loved me. I feel I played an important role in humanizing the whole catastrophe for those people. It's easy to brush off a number like 3,000, but it's impossible to brush off someone you know, even if that someone is just a close call.


remember 9 11 image when did the first plane crash on 9 11 when did first plane hit on 9 11 september 11 times of silence what times did the planes crash on 9 11 On this 20th anniversary of  9/11 We will never forget the people who lost their lives and everyone affected 20 years ago today on the 11th September 2001 remember every parent, brother, sister, friend, and colleague that was stolen from us in the Twin Towers, the Pentagon, and in a field in Shanksville, PA. We must always honor their sacrifice and never forget them 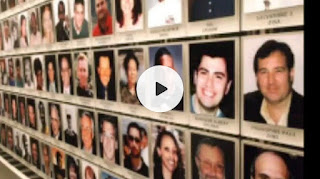 A total numbers of death 2,977 were killed in the 9/11 attacks, 246 were on the four planes along with the 19 hijackers. Of those, 2,606 were in the World Trade Centre and the surrounding areas. 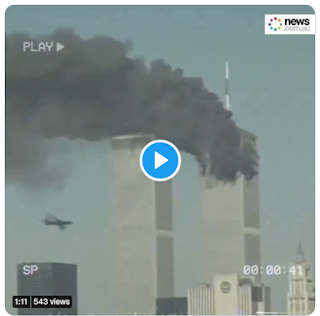