apparently based on the term "metaverse," first coined in a dystopian novel. The company is currently facing criticism after a whistleblower accused it of prioritizing profits over user safety.


Meta as it confronts wide-ranging scrutiny of the real-world harms from its various platforms after a whistleblower leaked hundreds of internal documents.

Official announcement 28 october CEO Mark Zuckerberg Connect, the company’s annual hardware event where it Said about products like the Portal video devices and Oculus headsets.
The rebranding — pegged to a virtual world and hardware known as the “metaverse” — comes amid a broader effort to shift attention away from revelations that the company knew its platform was causing a litany of social harms. The Facebook social network is not changing its name. 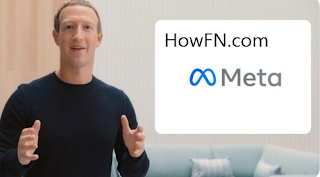 “From now on, we’re going to be the metaverse first. Not Facebook first,” Zuckerberg said in his keynote. “Facebook is one of the most used products in the world. But increasingly, it doesn’t encompass everything that we do. Right now, our brand is so tightly linked to one product that it can’t possibly represent everything we are doing.”

A whistleblower has come forward with tens of thousands of documents demonstrating how the company was aware that it caused polarization in numerous countries, led people down misinformation rabbit holes, and failed to stop a violent network that led to the Jan. 6 insurrection. In response, lawmakers around the world have threatened new regulation for the tech industry, as well as demanding more information from Facebook on what it knew and when.
The documents were obtained by a consortium of news organizations, including The Washington Post, and were provided to Congress and the Securities and Exchange Commission in response to a whistleblower lawsuit.
Facebook has said that the Facebook Papers are a “coordinated effort to selectively use leaked documents to paint a false picture of our company.”