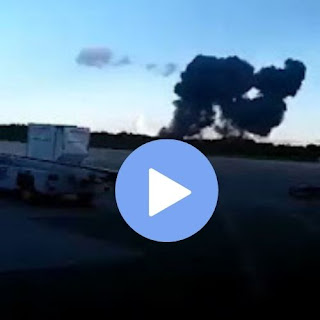 Debbie Von Marie Jiménez Garcia, the Puerto Rican artist's seven-year-long spouse, and their four-year-old son Jayden Hernandez were also killed.
Their connection to the music producer and his family is a mystery.
According to Telemundo, US citizens Keilyan Hernández Pena, 21, Yeilianys Jeishlimar Meléndez Jiménez, 18, and Jesiel Yabdiel Silva, 13, were also on the tragic flight.
Luis Tancredo, 47, Emilio Herrera, 32, and Veronica Estrella, 26, were killed in the crash.
The plane took off from Las Isabela International Airport, heading for Orlando.It had to make an emergency landing near Las Americas International Airport just minutes after takeoff.
We stand in solidarity with the affected families that, along with us, are going through a difficult time,” the company that operated the plane said in a statement.
"We pray to our almighty God to give strength to the family members of the plane's passengers and pilots, so that God may take them to heaven and bring peace to their souls."
Following the tragedy, Las Americas suspended operations, canceling hundreds of flights.