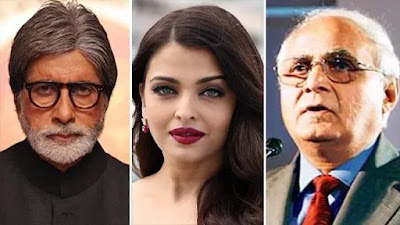 What Are the Panama Papers, and What Do They Mean?

The Panama Papers refer to the 11.5 million leaked encrypted secret documents belonging to Mossack Fonseca, a Panamanian law company. The documents, dubbed the "Panama Papers" by the German publication Süddeutsche Zeitung (SZ), were published on April 3, 2016.

The document revealed a network of over 214,000 tax havens including people and businesses from over 200 countries. Before the disclosures were made public, SZ and the International Consortium of Investigative Journalists (ICIJ) worked together for a year to decrypt the encrypted files.

The Panama Papers were a massive leak of financial records from Mossack Fonseca, the world's fourth-largest offshore law business.

The materials were released to the German publication Süddeutsche Zeitung anonymously (SZ).

The documents revealed a network of 214,000 tax havens involving wealthy individuals, government officials, and companies from over 200 countries.

The papers were leaked by an unidentified source from Panama, hence the moniker Panama Papers.


The majority of the records revealed no evidence of wrongdoing, but some of Mossack Fonseca's shell firms had been used for fraud, tax evasion, or evasion of international sanctions.

What exact the Panama papers?

Offshore businesses are generally legal and most of the records do not show any inappropriate or illegal conduct. However, some of the letterbox companies founded by Mossack Fonseca have been exposed by journalists as illegal purposes such as fraud, tax evasion and circumvention of international sanctions.

An anonymous source posing as "John Doe" contacted Süddeutsche Zeitung (SZ) in 2015 and offered to disclose the data. According to the SZ, Doe did not want any monetary recompense in exchange. The overall volume of data is around 2.76 terabytes, making it the largest data leak in history, and it spans the 1970s through the spring of 2016.

Only a few identities of politicians, government officials, businesses, and others engaged were initially revealed. The resignation of Iceland's Prime Minister Sigmundur David Gunnlaugsson on April 4, 2016, was one of the immediate ramifications of the discoveries.

Who was exposed in the Panama papers?

Because the leak originated in Panama, the collection of documents became known as the "Panama Papers." The Panamanian government, on the other hand, has voiced strong opposition to the term, claiming that it implies guilt or a negative relationship with the country.

Panama confirms that it had no role in Mossack Fonseca's operations. Nonetheless, the moniker has stuck, despite the fact that some news sites have referred to the case as the "Mossack Fonseca Papers."

Because the leak originated in Panama, the documents were dubbed the "Panama Papers." The Panamanian administration, on the other hand, has voiced strong opposition to the name, claiming that it implies guilt or a negative relationship with Panama.

Panama confirms that it had no involvement in Mossack Fonseca's activities. Nonetheless, the moniker has stuck, while other news sites have referred to the case as the "Mossack Fonseca Papers."

What did the Panama papers reveal?

The documents, dubbed the "Panama Papers" (panama papers documentary) by the German publication Süddeutsche Zeitung (SZ), were published on April 3, 2016. The document revealed a network of over 214,000 tax havens including people and businesses from over 200 countries.

What is Panama paper scandal?

The Panama Papers revealed that 500 Indians identified in the disclosures have allegedly illicit properties totaling Rs 20,078 crore. Ajay Devgn is a Bollywood actor. The authorities learned of the accused's tax evasion and their suspected illegal entities after the papers were published in 2016.

Did anyone go to jail for Panama papers?

For offences revealed by the Panama Papers investigation, a federal judge in the United States sentenced a taxpayer to four years in jail. Harald Joachim von der Goltz, 83, was sentenced for wire and tax fraud, money laundering, false statements, and other offenses on Monday.

Who was exposed in the Panama papers?

61 family members and associates of prime ministers, presidents, and kings were named in the released papers.