Newcastle vs. Tottenham was suspended due to a medical emergency in the stands. The players, especially Sergio Reguilon and Eric Dier, made the match officials aware. The fan has been stabilised and is on their way to hospital.

Well done to Sergio Reguilon and the other players for making the referee aware of the situation straight away.

Our thoughts and prayers go to the Newcastle fan

#NUFC #THFC #NEWTOT Both teams were ordered off the pitch by referee Andre Marriner just before half-time in the Premier League clash as medics attended to the supporter in concerning scenes at St. James' Park. 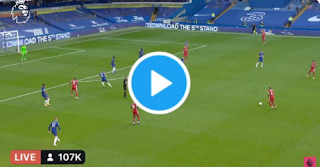 Following the supporter's collapse, fans in the east stand started signalling to the players and the referee for medical attention.

Newcastle later confirmed that the fan has been stabilised and was on their way to hospital.
The medics at the stadium were given a round of applause as the game resumed.
After left-back Sergio Reguillon and captain Harry Kane informed Marriner of the commotion, fellow Spurs duo Eric Dier and Oliver Skipp ran across the pitch to ensure a doctor came across with a defibrillator.
After consulting with security, the referee ordered the players to head back to the dressing room, with seven minutes having been added at the end of the first half.