16 December santo Domingo A major plane crash has occurred in the Dominican Republic. 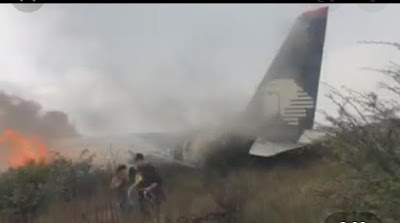 According to the report, the plane made an emergency landing at Las America Airport but crashed during landing.

There were seven passengers on board who died. However, it was not immediately clear which country the deceased belonged to.